Work > Pages of the Sky

Pages of the Sky 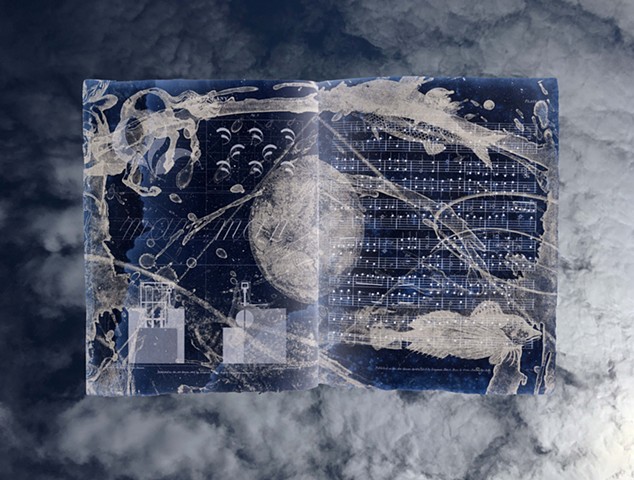 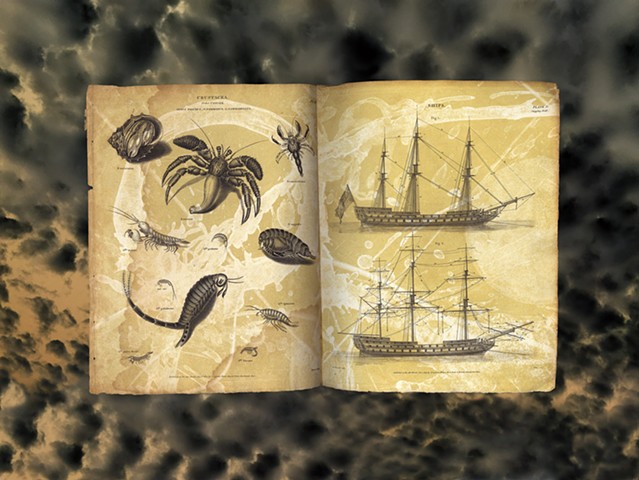 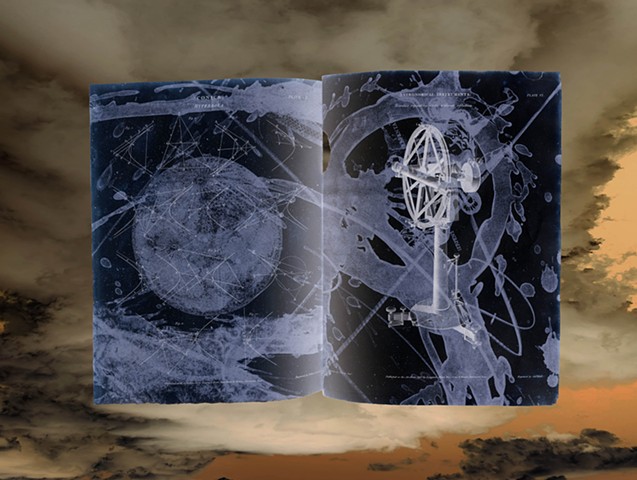 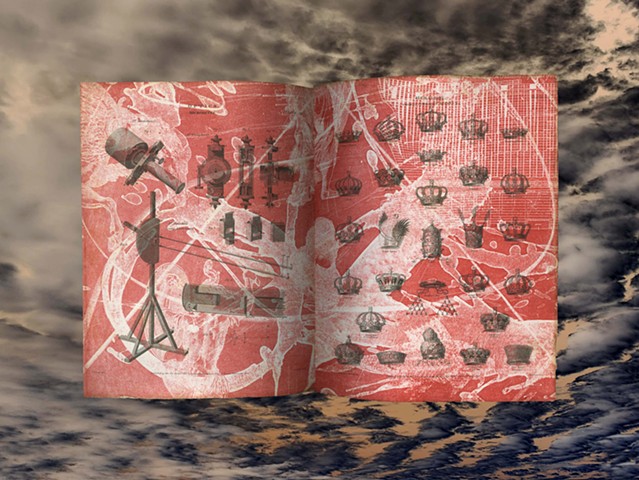 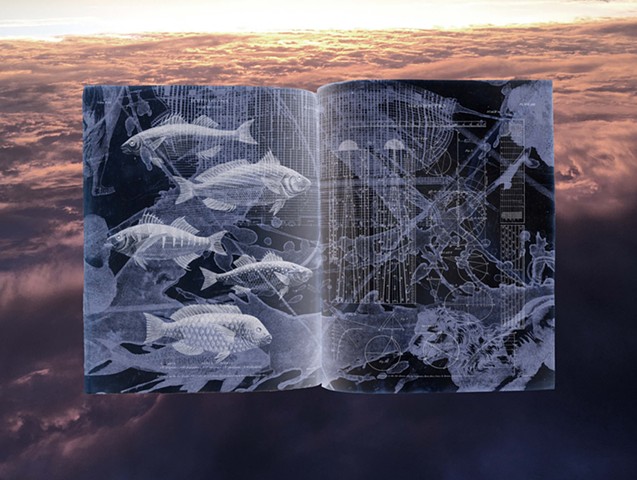 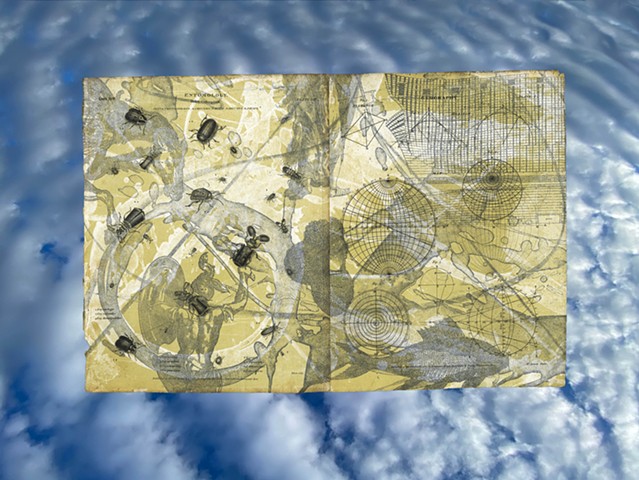 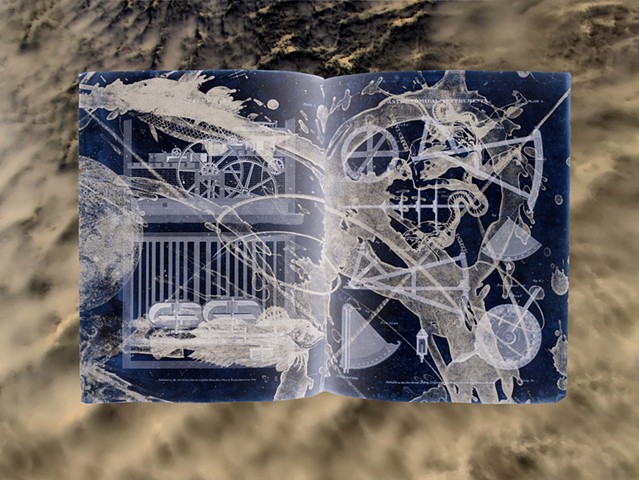 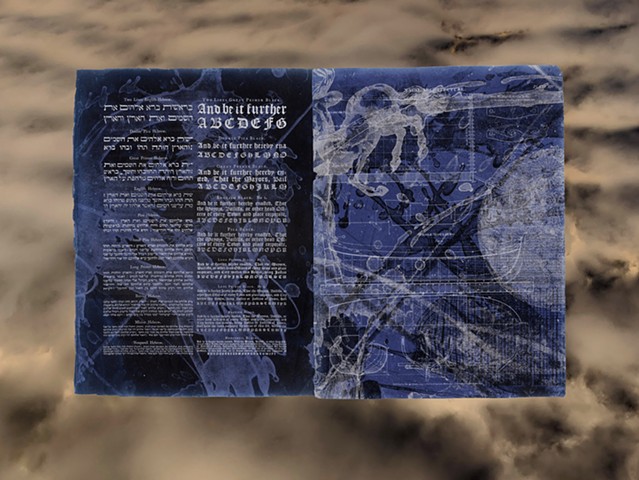 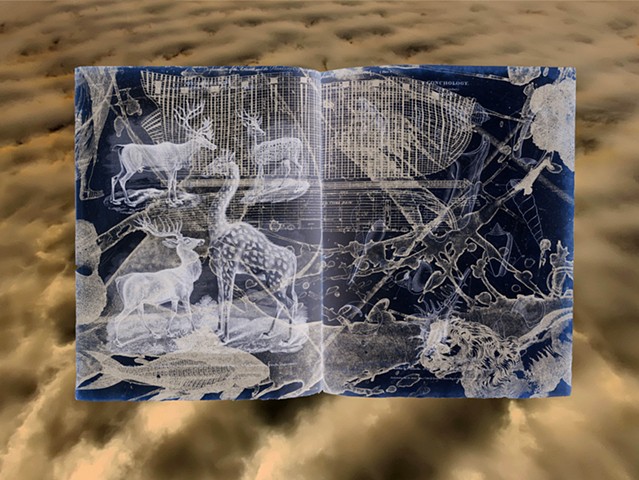 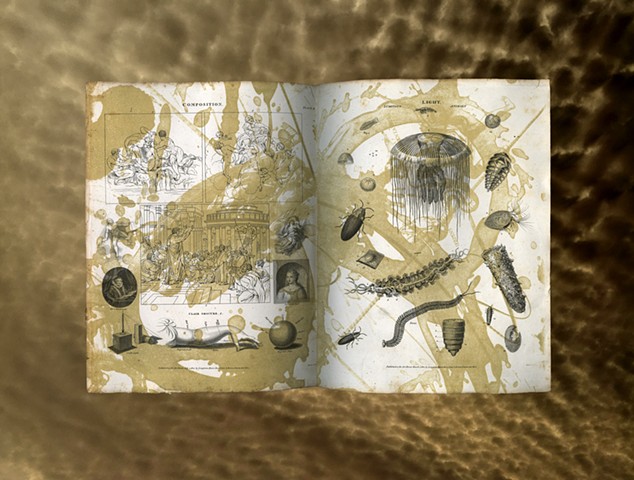 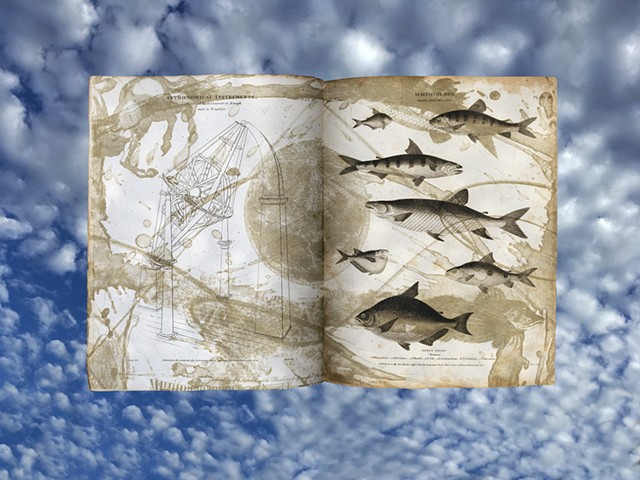 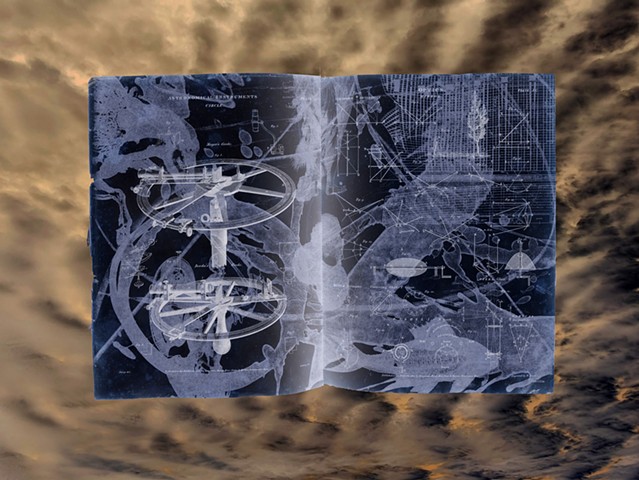 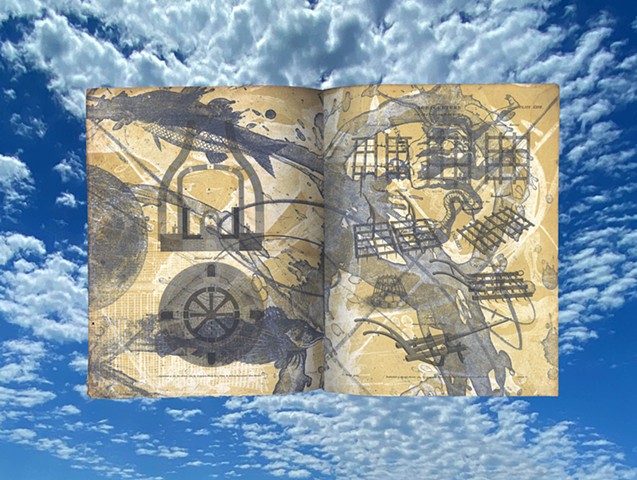 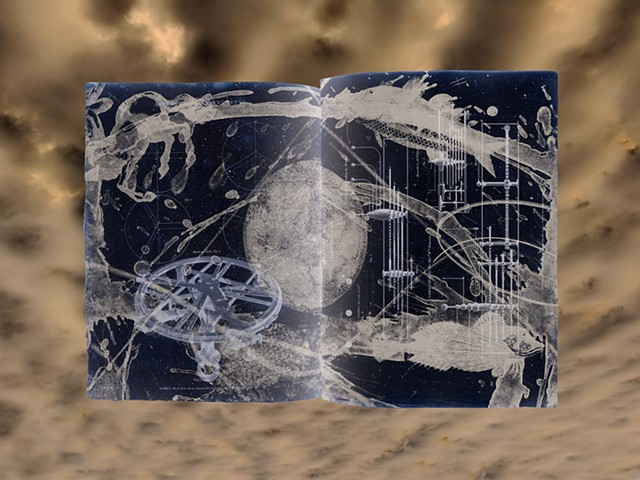 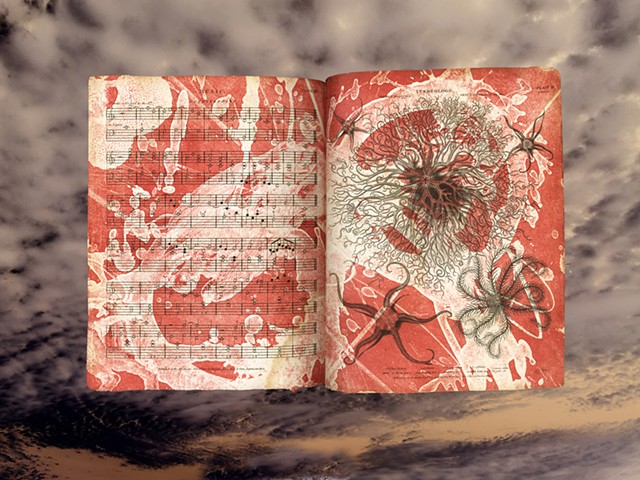 Pages of the Skies (2021), began with acknowledging my identity and place in the world as a descendant of British colonizers now living in the land of the Mi'Kimaq people in Eastern Canada. The history of evolving technologies beginning with the invention of printed texts, shaped human experience. By mining colonial archives dating to 1802 I am exposing and exploiting the mind field of printed documents that proliferated knowledge and brought about the industrial age.

By excavating historical records and making these layered palimpsests, the compositions can open up to new discourse. The exposed and composed images are reintroduced, folded, or mashed into the current digital context, against the phenomenal presence of natural forces and implicating the mistrust of scientific truth.

If one thinks of printed images as recordings to be replayed through analog and electronic media, or fragments of the problematic past outside of the collective self, then the books and archives I use represent the terroir of power through ideological (colonizer) identity. These pages, have been dislodged from their original source in 46 Rees Cyclopedia volumes(1802-1820)and are set against the skies that were pivotal in aiding the colonial voyageurs.